Any ED Visit with an overdose term reported in any complaint field was included in the dataset; the following term was considered a valid overdose term: “Drug Overdose”. Any ED Visit with a Naloxone term reported in any complaint field would also be included in the dataset; however, no Naloxone terms were reported for this site.

Note that persons who visit the ED multiple times are counted each time as a separate visit. 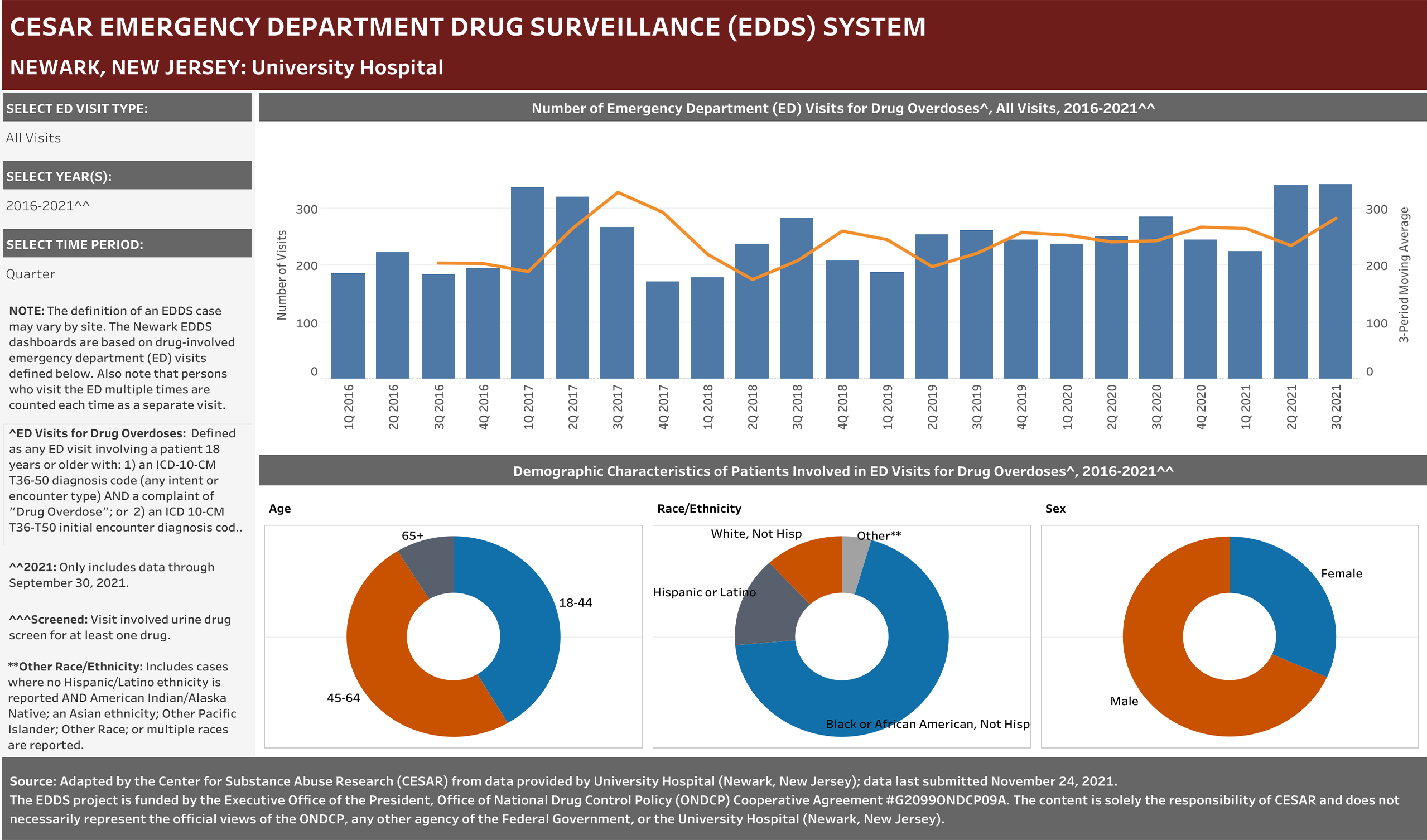 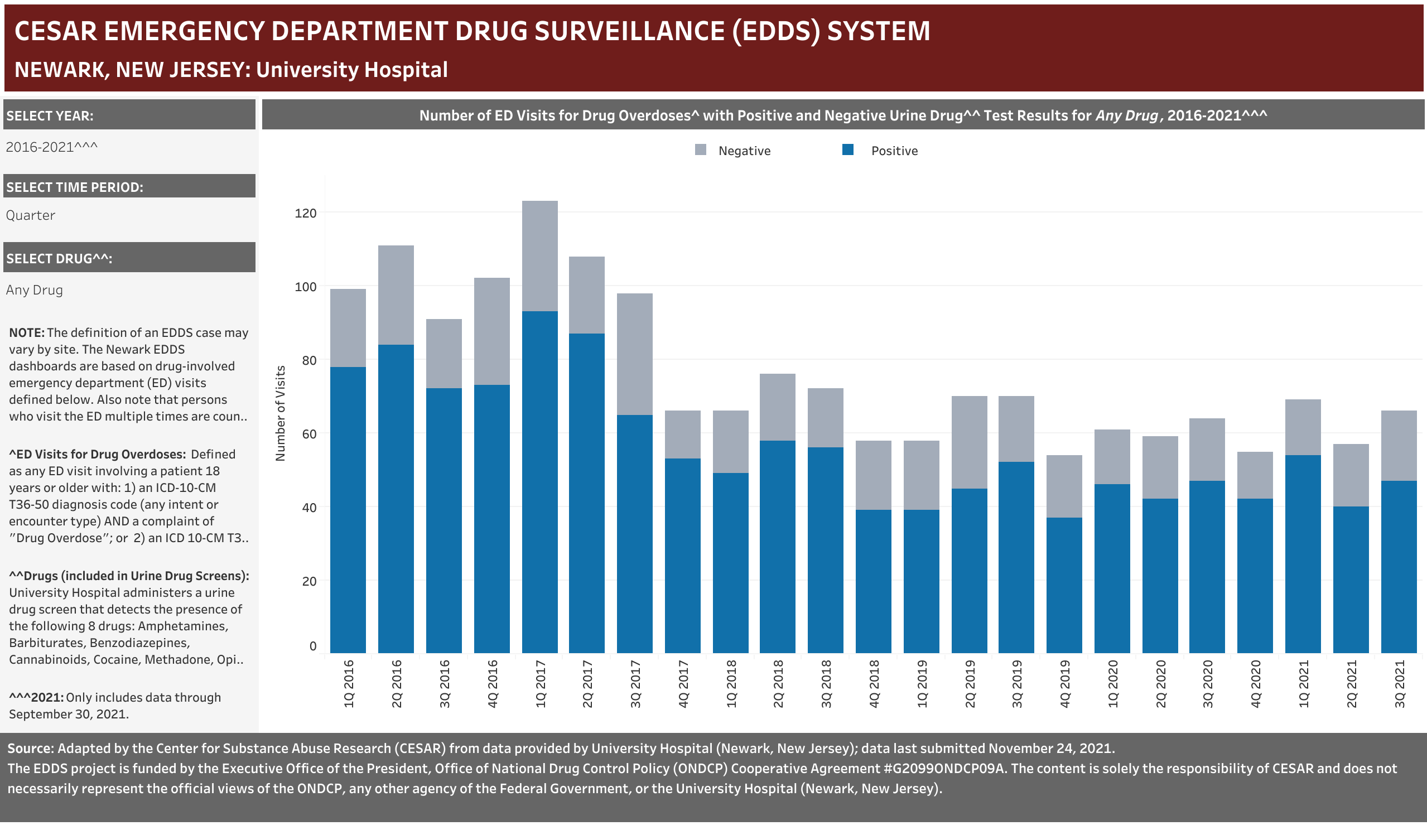 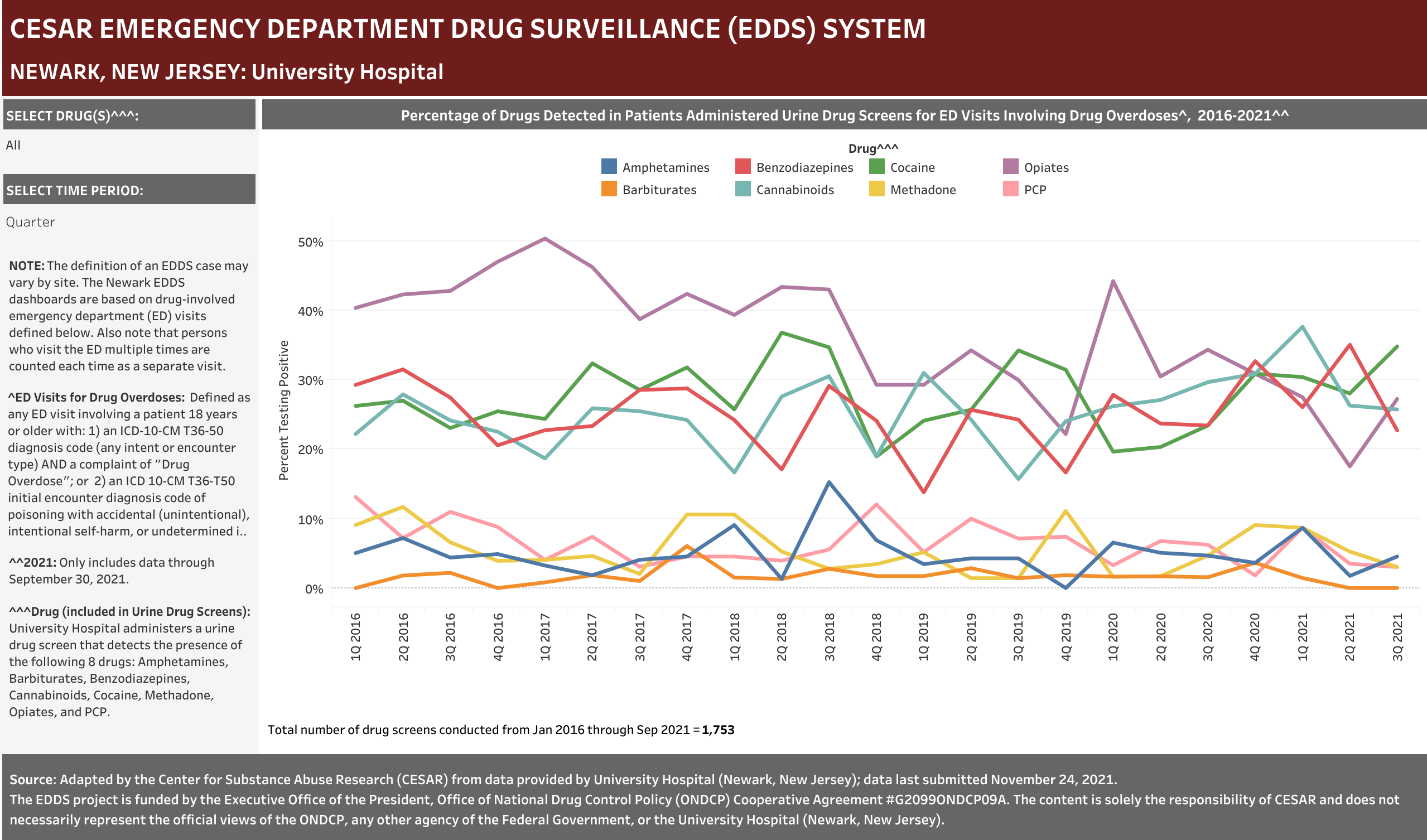 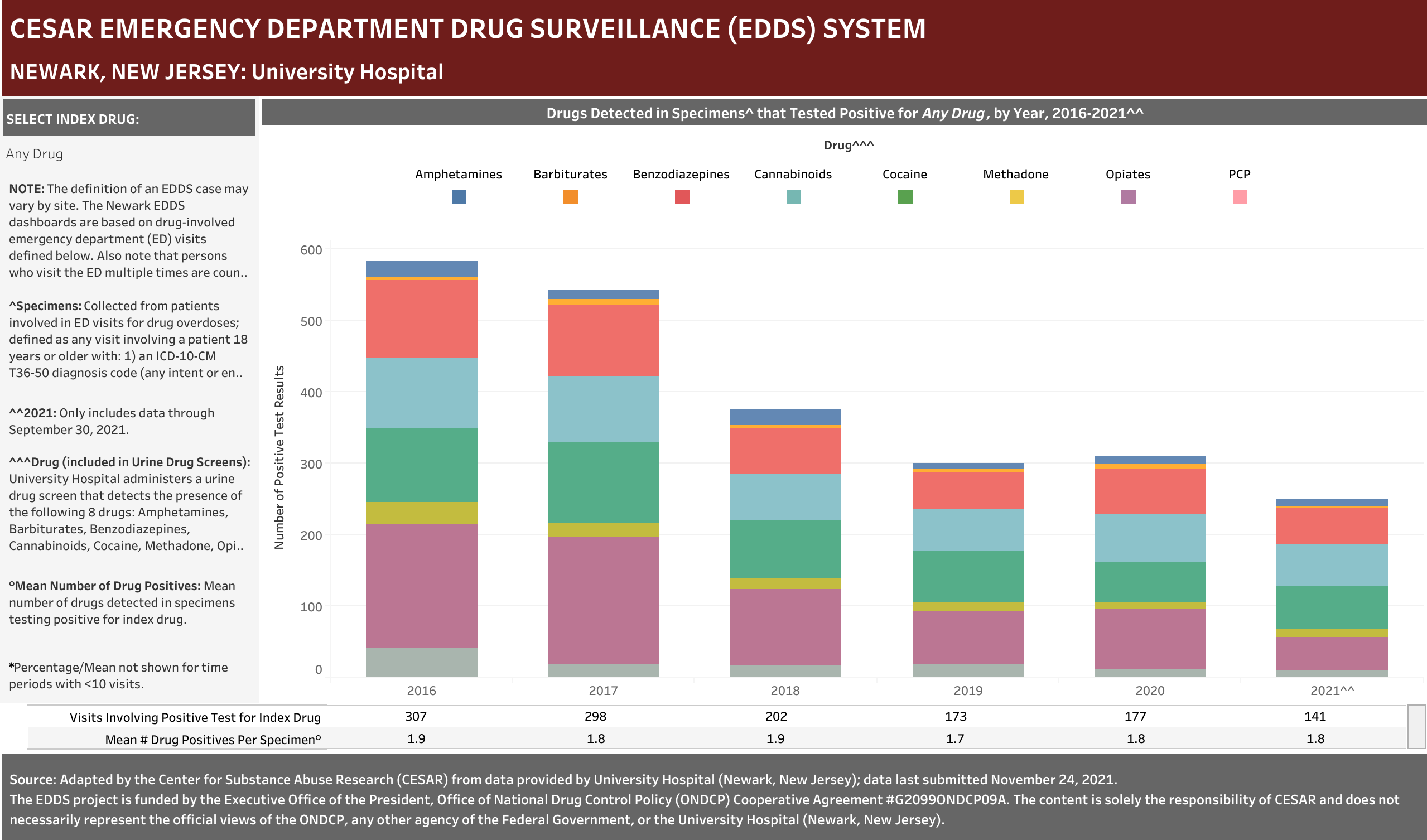 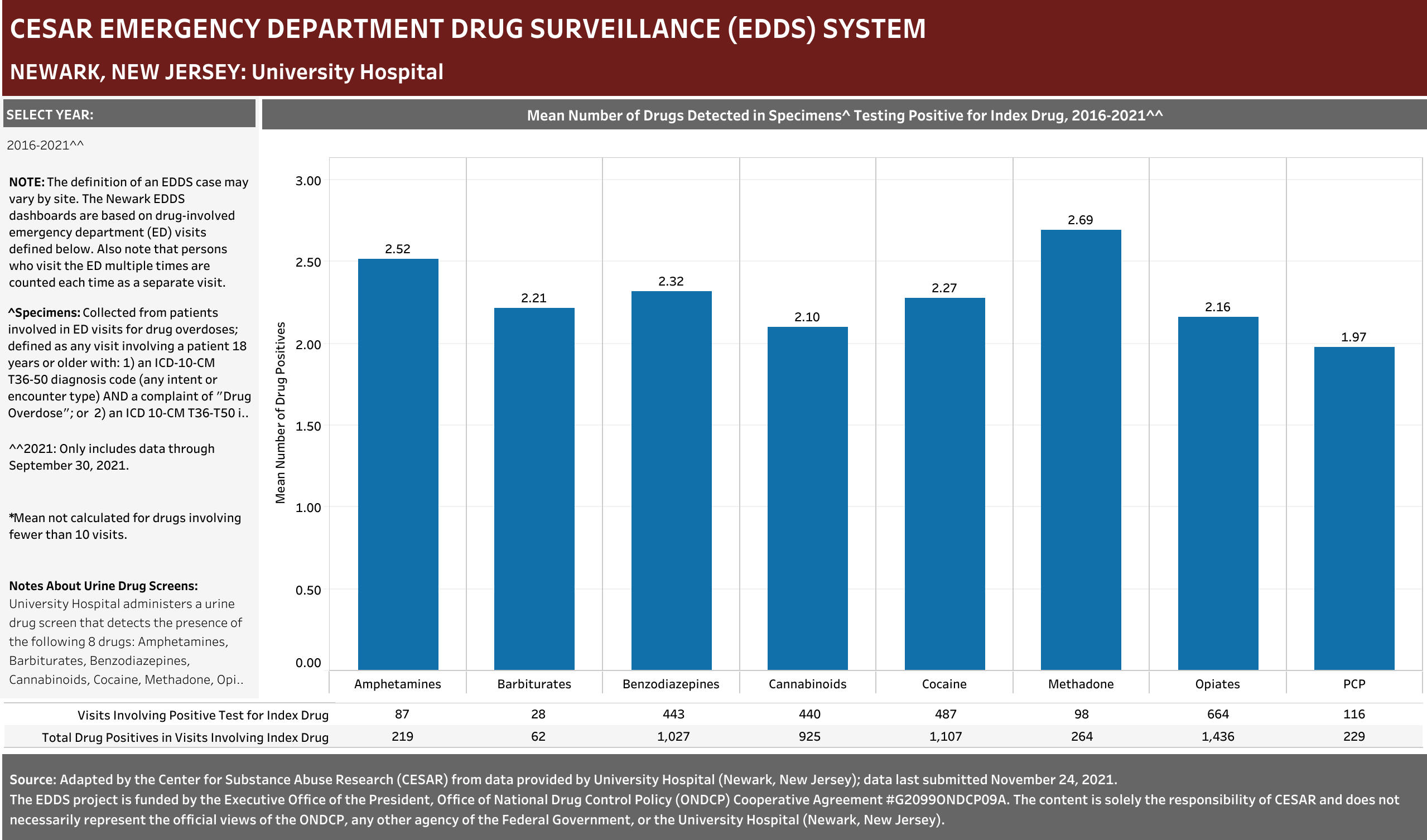 The EDDS project is funded by the Executive Office of the President, Office of National Drug Control Policy (ONDCP) Cooperative Agreement #G2099ONDCP09A. The content is solely the responsibility of CESAR and does not necessarily represent the official views of the ONDCP, any other agency of the Federal Government, or the University Hospital (Newark, New Jersey).